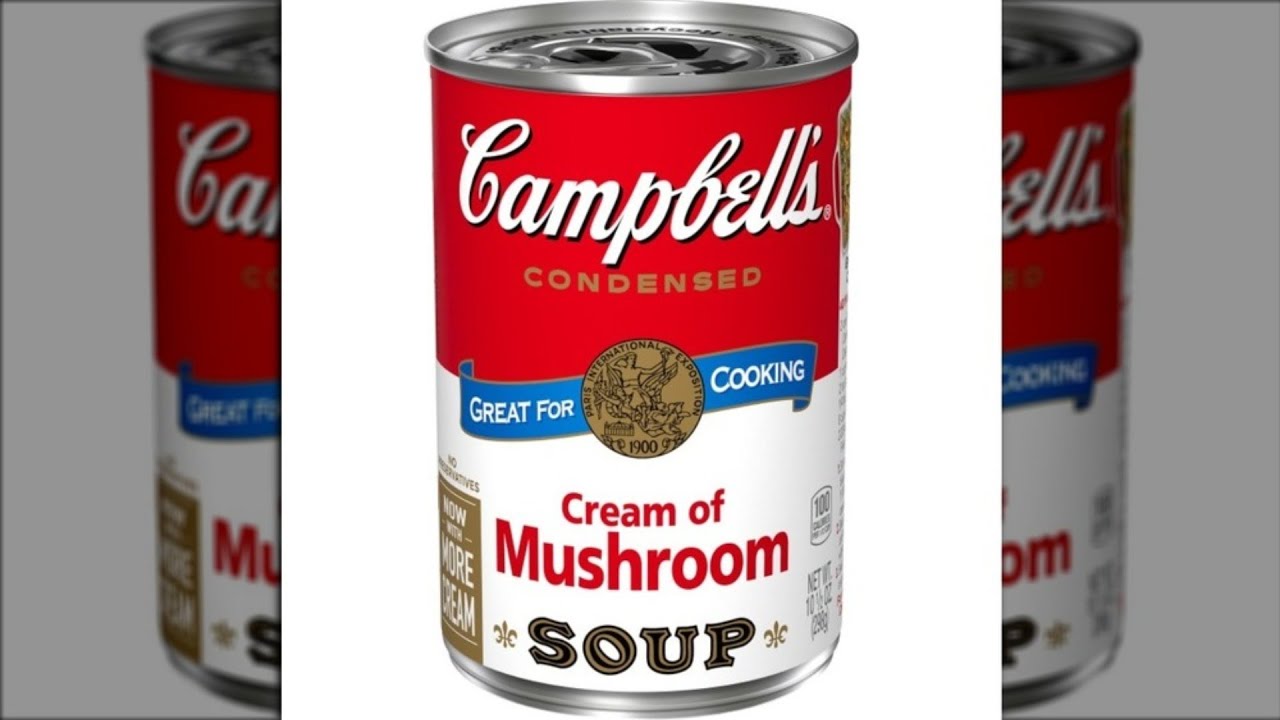 Chief among Heikkinen’s concerns with this soup, or at least the canned version, is the additives it contains. Sue goes on to explain that sky-high sodium content is the primary nutrient of concern in any canned soup. She also notes that Campbell’s Cream of Mushroom has 870 milligrams of sodium per half-cup serving, which is over 1/3 of the American Heart Association’s recommended maximum of 2,300 milligrams per day.

While many are also concerned about the presence of the chemical bisphenol A, or BPA, in canned food products due to some studies showing a link between BPA and health risks, the U.S. Food and Drug Administration has evaluated hundreds of studies and still feels that this substance does not pose a significant risk. What’s more, many food manufacturers have stopped using BPA in their packaging.

Speaking about the possible BPA risks posed by canned tomatoes, nutritionist Robin Miller told us that there’s really no reason to worry. Miller said that your can probably won’t contain the substance at all. Even if it does, Miller says, you’ll be getting such a low dose of it that there’s very little risk of any harmful effects. Heikkinen, on the other hand, thinks it is reasonable to limit your exposure to BPA, but she also says that Campbell’s soup cans are all BPA free.

One thing that you probably won’t have to worry about with cream of mushroom soup, is getting a high dose of fat. As Sue Heikkinen notes,

“Believe it or not, mushrooms are the second ingredient, after water, in Campbell’s [Cream of Mushroom] soup.”

Heikkinen also notes that cream of mushroom soup contains a surprisingly little amount of actual cream. According to Heikkinen, if you look on the label, cream comes well down the list, below vegetable oil, modified food starch, and wheat flour. That said, this relative lack of cream explains why each serving of cream of mushroom soup has just one gram of saturated fat.

Heikkinen does say, however, that the low proportion of cream in the canned soup may disappoint if you’re expecting a significant amount of it. But really, who would expect such a thing? Canned cream of mushroom soup on its own is actually kind of gross. More times than not, it’s used primarily as an ingredient in casseroles.

“[Y]our homemade version may actually be higher in calories and fat, especially if you rely on generous amounts of cream and butter.”

Of course, cream and butter are the ingredients that give the soup much of its flavor. The soup is called “cream of mushroom,” after all, not “broth of mushroom.” If you’d like to make a vegan version of the soup, you may do so by swapping the cream for coconut milk. However, unless you use the “lite” version, it may not be much lower in fat than one made with cream.

If you’re planning to use your cream of mushroom soup as nature intended, then a homemade soup recipe might be too liquidy to serve your purpose. You can, however, find numerous copycat versions of condensed cream of mushroom soup online. A quick search on MOMables.com found a recipe that calls for butter, milk, cream cheese, and mushrooms.

If you’d prefer something slightly less fatty, Recipes That Crock has a version made from butter, milk, mushrooms, flour, and chicken or beef broth. If you really want to go the healthy route, Our Everyday Life suggests using Greek yogurt or even pureed vegetables as low sodium condensed soup substitutes.